A War of Empires: in conversation with Dr Robert Lyman 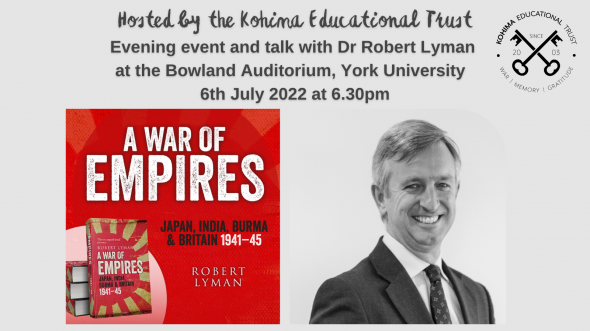 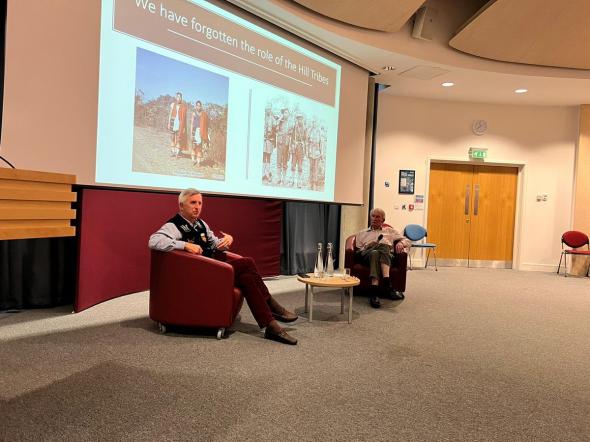 A War of Empires: Japan, India, Burma & Britain: 1941–45 re-examines the story of the Burma Campaign between 1941–45 and has been heralded as ‘superb’ by James Holland.

In A War of Empires, best-selling author Robert Lyman, draws on over 30 years of groundbreaking research to re-examine the so-called ‘Forgotten War’, revealing it to be a ferocious clash of competing visions of empire, which would irrevocably change the future of both Britain and the Indian subcontinent forever. This is a sweeping saga of the longest and possibly most brutal campaign of World War II.

Robert is well-known to all those of you who have been watching our series of webinars and it was a great a pleasure to hear him speak in person. The talk was followed by drinks and canapes and a chance for our audience to mingle and to meet the author who kindly signed copies of his book.

The Trust would like to express their enormous gratitude to Rob for such a superb talk and for giving us his time so generously once again.  We are incredibly fortunate to have such an eminent historian on our board of trustees.

To purchase a copy of his latest book A War of Empires or his earlier works including Kohima 1944 and Among the Headhunters, please visit our online shop.