This year’s annual Kohima Commemoration Service was held on Thursday 1st July at 11am at Dean's Park, York Minster.  With great support from the Dean and Chapter of York Minster, and from 2nd Signal Regiment, many months of planning allowed for a beautiful, socially distanced service to take place, and we were delighted that so many of our supporters made the journey to York to be with us. 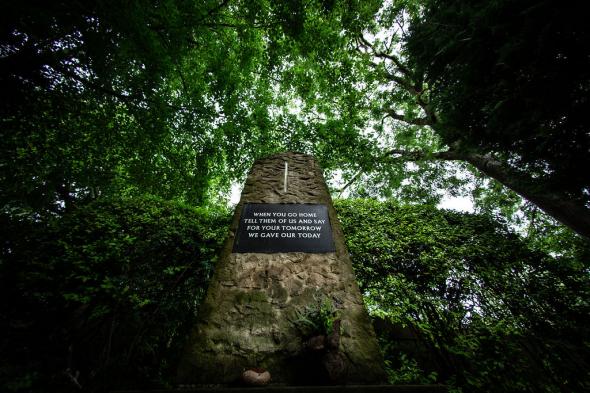 As always, despite the differences this year, it was a marvellous occasion.  We were joined by a number of relatives of those who fought at the battle, and some kindly agreed to take part in the service and gave the readings:

READING: PERICLES’ FUNERAL ORATION READ BY SHOLTO HUNTER
Sholto is the grandson of Major Colin Hunter, a veteran of the battle , 1st Queens Own Cameron Highlanders. Remembered with honour.

The reading is an excerpt from an oration given by Pericles, the Athenian statesman, at the funeral of those killed defending Athens in the Peloponnesian War.

When you go home,

Tell them of us, and say,

We gave our Today. 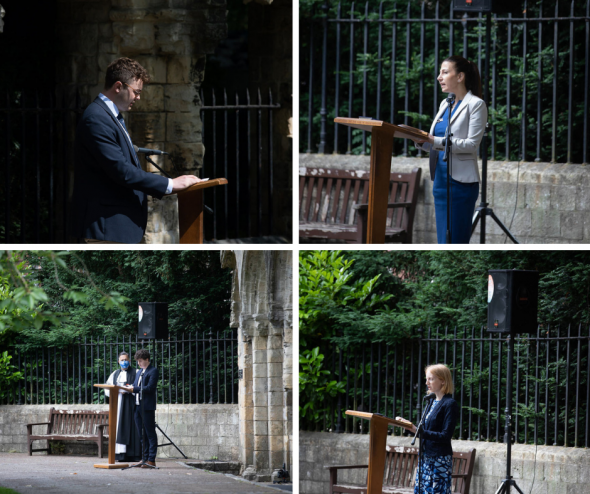 Laurence Binyon’s lines are read by WO1 ( GSM ) Brian Kiernan

They shall grow not old as we that are left grow old;

Age shall not weary them, nor the years condemn;

At the going down of the sun, and in the morning,

We will remember them. 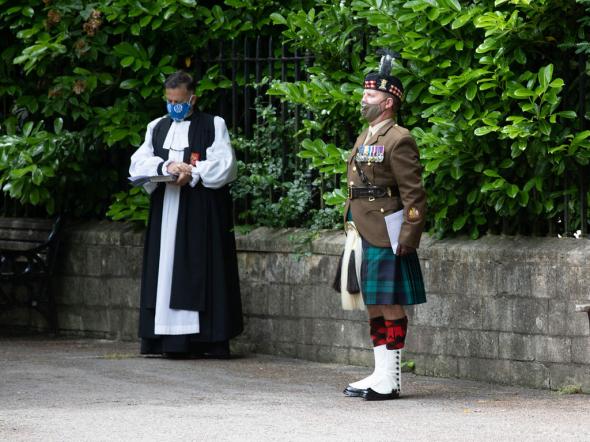 The Memorial service was conducted by the Rt Reverend Jonathan Frost, Dean of York with The Reverend Canon Victoria Johnson. 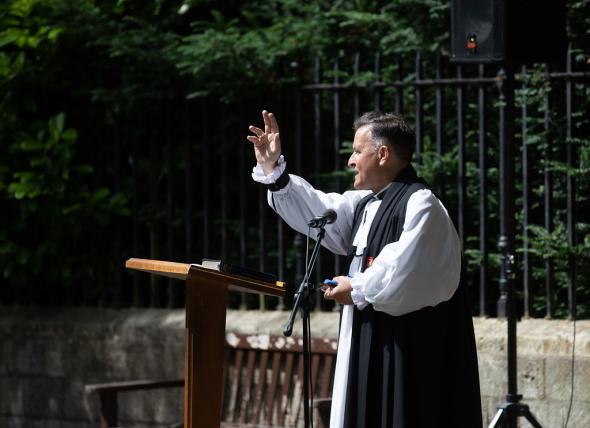 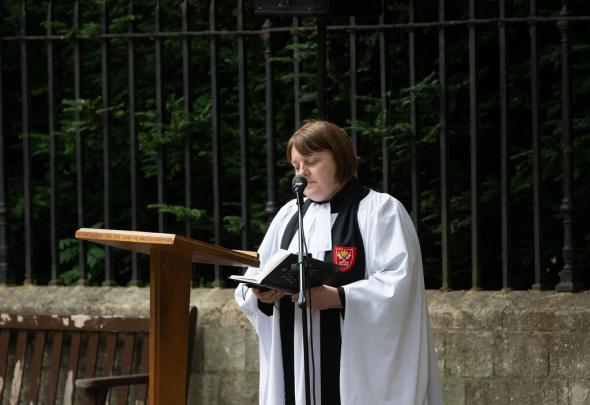 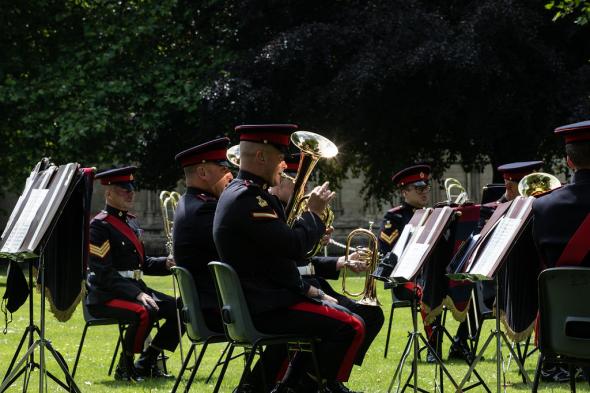 The Address this year was given by Bishop Nigel Stock. 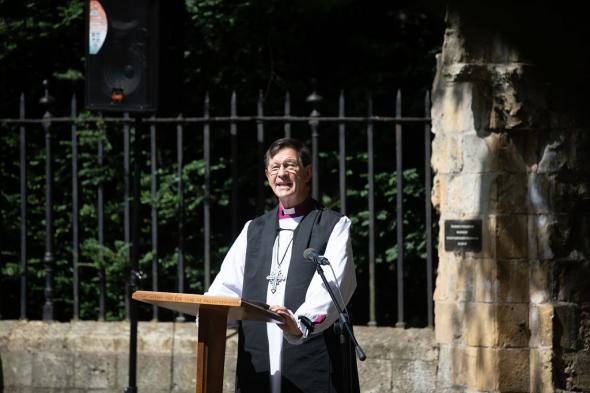 Veteran Richard Day laid the first wreath.  Sergeant Scott Turnbull laid a wreath in memory of and on behalf of all veterans.  This was followed by The Rt Honourable the Lord Mayor of York, The Reverend Councillor Chris Cullwick,  Mr Stephen White, Chairman The Kohima Educational Trust and Lt Col Jamie Balfour, CO 2nd Signal Regiment and York Garrison Commander. 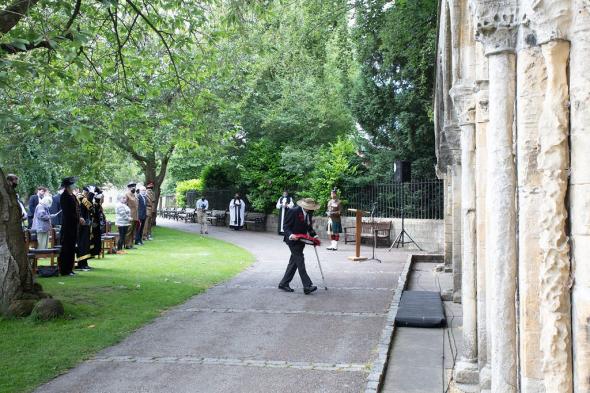 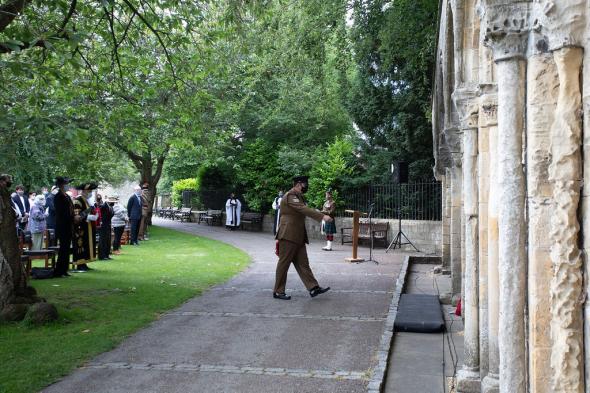 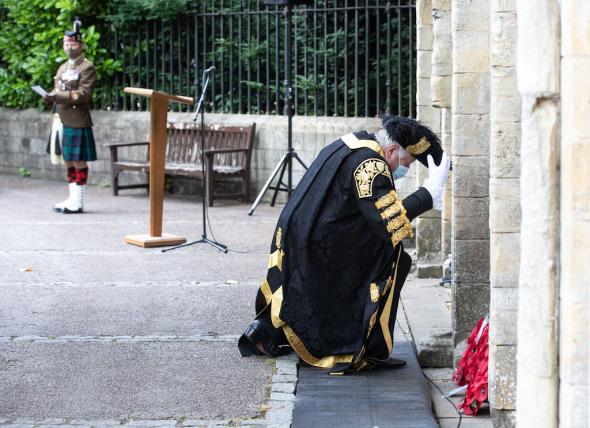 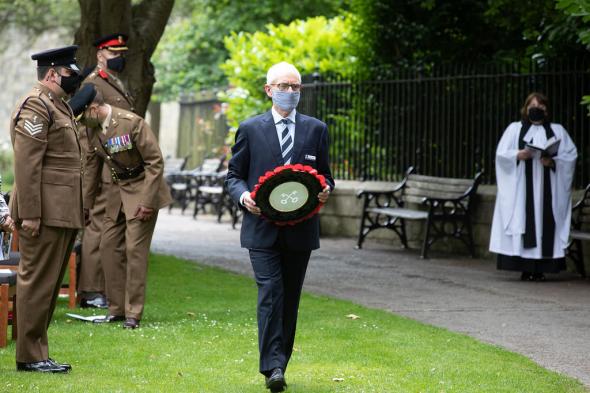 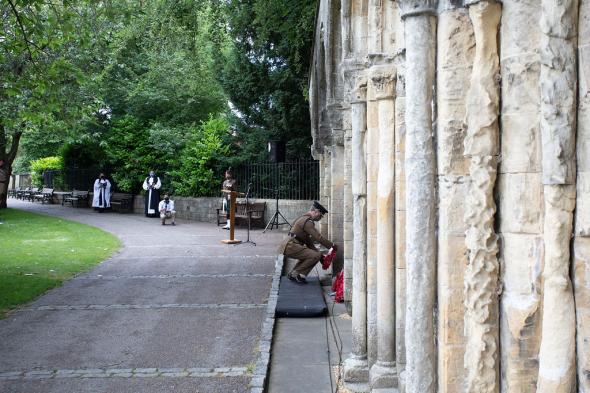 This annual service is dedicated to the memory of all those who took part in the battle of Kohima. It is also an opportunity to show our gratitude to those Naga people who played a crucial role in the outcome of the battle. The Kohima Educational Trust is dedicated to expressing this gratitude by raising money for the educational advancement of their descendants. 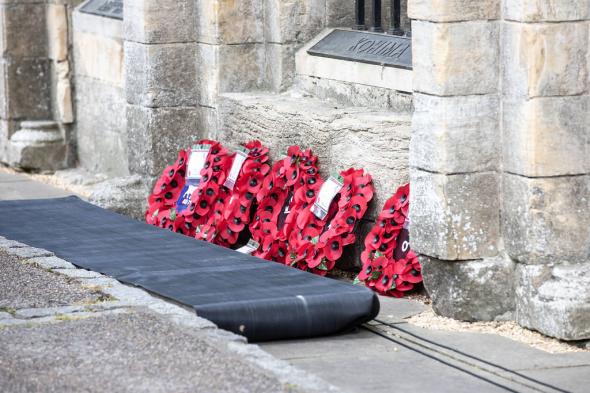 We are as ever extremely grateful to CO 2nd Signal Regiment and to GSM Brian Kiernan, without whom the day would not be the success it always is. And of course, our thanks to the Dean and Chapter of York, whose support allows us to be in the Minster grounds where the Kohima memorial stone stands.

The beautiful photography on the day was by Duncan Lomax of Ravage Productions.  All the photographs that he took on the day can be viewed and prints can be purchased.  The button below links to his website where there is an option to order prints and pay securely.  Any purchases will benefit the KET - we thank Duncan for his generosity.

Photos featured are copyright © Ravage Productions and may not be reproduced without permission.

We need your help. Donate today.