York Freedom of the City Parade 2022

York Freedom of the City Parade 2022

KET CEO Sylvia May was honoured to be invited by Lt Col Matthew Jones, CO of 2 Signal Regiment, to attend the Freedom of the City parade in York on 19th May 2022. 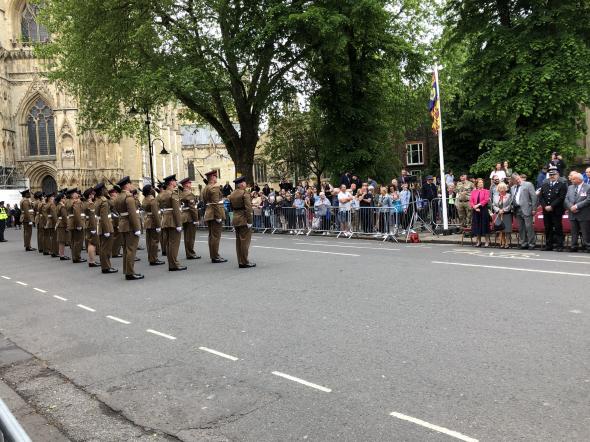 HRH The Princess Royal (pictured below) who is the regiment's Commander in Chief took the salute as 2 Signal Regiment exercised their freedom of the City of York, granted to them after the assistance they provided during the floods of November 2020. 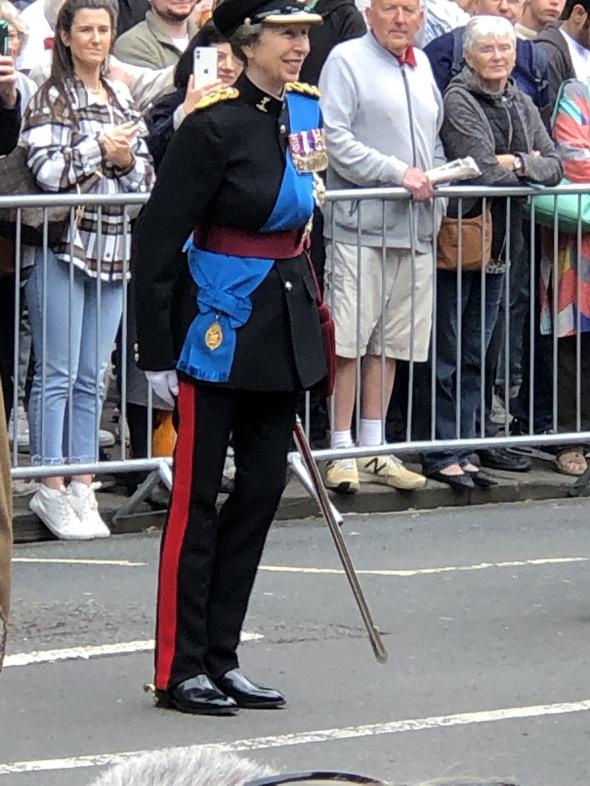 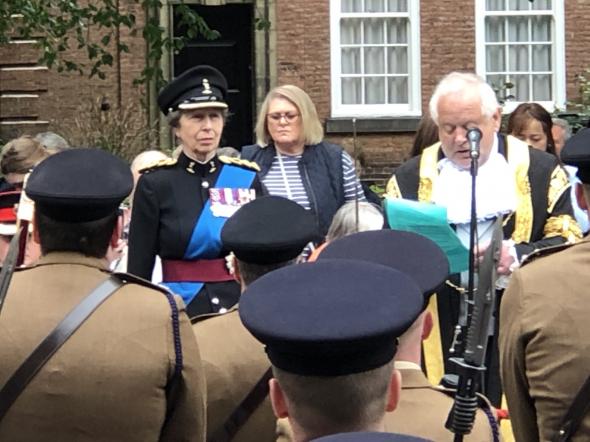 Sylvia (who can be spotted in these photos wearing the bright pink jacket) was very touched to be included among the guests of the Signals and to share this special occasion with them. 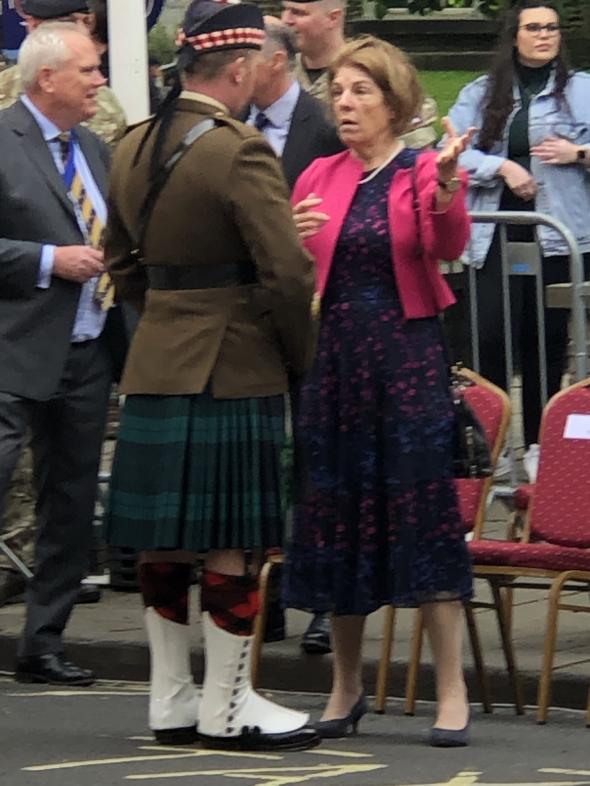 The soldiers then conducted a marvellous parade through the streets of York. 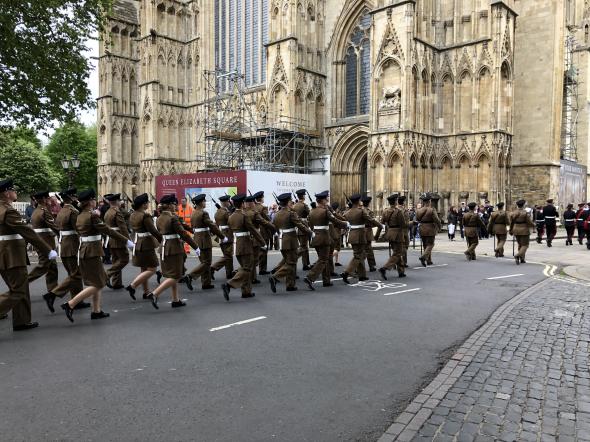