The Road to Kohima

UK publication of the Road to Kohima 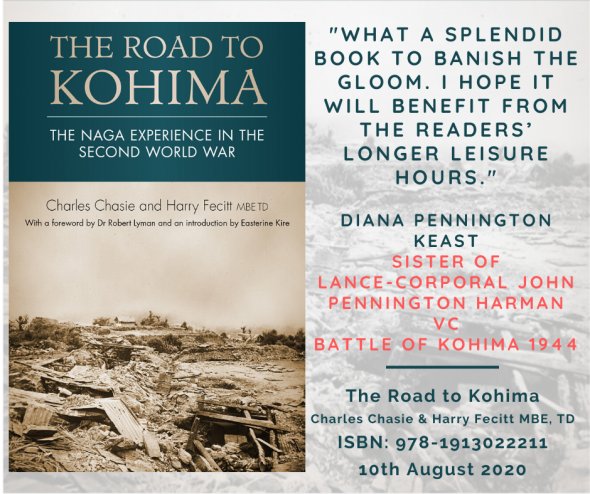 Publishing to coincide with VJ Day on 10th August 2020.

We are delighted to announce the publication of this new book - the UK edition of "Road to Kohima" by Charles Chasie and Harry Fecitt MBE, TD.

A unique collaboration between a senior Naga journalist and a British historian, looking at Naga involvement in the Battle of Kohima, which was instrumental in halting the Japanese invasion of India. The book illustrates the ordinary civilian experience, details military events in Kohima, and explains the Naga participation as soldiers.  Through personal stories, the book tells how Naga lives were affected and how village life was pieced back together once the war moved on.

In April 1944, while the UK was getting ready to launch D-Day, 6,000 miles away, the Japanese invaded the jewel in the British crown – India. Approximately 15,000 Japanese soldiers travelled over the hills of Nagaland to be met by a small garrison of 1,500 British and Indian soldiers who held out for fifteen days, before the British 2nd Division arrived to help push the Japanese into retreat. Over 3,000 soldiers died during the Battle of Kohima and no house was left standing when the armies left.

Now, for the first time, we can hear this story from the Naga perspective. The people whose home was Kohima, the capital of Nagaland. They acted as porters, stretcher bearers and combatants, and many British said afterwards that they owed their victory to the Nagas.

This edition has a foreword by our trustee, historian & author Dr Robert Lyman, who talks about the book in the below video, and an introduction by award-winning Naga novelist Easterine Kire. 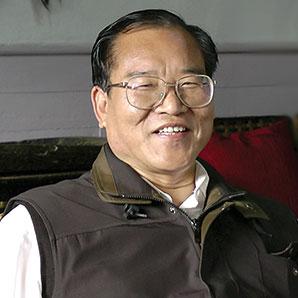 CHARLES CHASIE is a Kohima-based author and independent researcher.  A former editor and journalist in Nagaland, he is a past winner of the prestigious Assam Media Trust award.  He has contributed to various journals and publications, both in India and overseas, for over three decades.  Charles is the Honorary President of the Kohima Educational Society based in Kohima.  He is also the author or co-author of books on media and the Naga situation, including The Naga Imbroglio: A personal perspective and The State Strikes Back: India and the Naga insurgency. 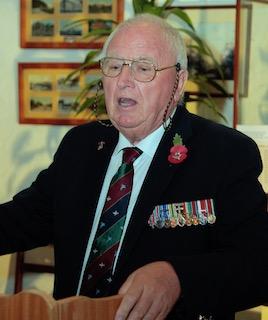 HARRY FECITT MBE, TD is a former British Army infantry officer who has also served in the armies of Zambia, the Sultanate of Oman and Dubai.  In retirement he takes a keen interest in the less well-known incidents in British colonial military history, researching and writing for several military journals.  His aim is to emphasise the forgotten contributions and sacrifices made by the soldiers of former British Imperial territories who volunteered to serve the British Crown.  He has visited the Second World War battlefields of north-east India, where he and Charles met.  Harry is the author of two books concerning the army of undivided India in both World Wars: Sideshows of the Indian Army in World War I and Distant Battlefields: The Indian Army in the Second World War.

It will be available to order via our website.

Please click on the button below to order via our online shop.

Alternatively please send a cheque, made payable to The Kohima Educational Trust to:

Please include your name, address and email.

DONATE NOW +
Nagas in the Battle of Kohima - a film for RCEL
A film, produced by Charles Chasie for the Royal Commonwealth Ex-Services League to mark the 75th anniversary…
Learn more
DONATE NOW +
Kohima Service of Remembrance & Gratitude York 2022
The annual commemoration remembering all those who fought and died at the Battle of Kohima
Learn more
DONATE NOW +
KET at Benenden School Arts Festival June 2022
The Trust was delighted to be invited to attend Benenden School Arts Festival
Learn more
We need your help. Donate today.