Commemorations mark the 70th Anniversary of the VJ Day

Thousands marked the 70th anniversary, when Japan surrendered to the Allies and ended the Second World War. Hundreds of veterans gathered in Horse Guards Parade for a Drumhead commemoration, which was attended by the Prince of Wales, the Duchess of Cornwall and the British Prime Minister.

KET Chairman Robert Lyman supported the BBC coverage of the moving VJ Day celebrations in London on 15 August 2015 by providing analysis and comment in the Horse Guards studio for Kirsty Young. It was a fantastic day, and wonderful to see so many veterans and friends celebrating the 70th anniversary of the end of the Second World War. 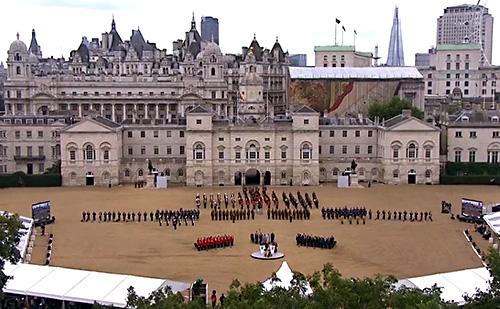