Gordon Graham, who has died aged 94, was one of the most influential publishers of his time and was also awarded two Military Crosses in the Second World War.

On the night of February 24 1945, Graham was commanding a company of the 1st Battalion The Queen’s Own Cameron Highlanders (1 QOCH) in a forced crossing of the Irrawaddy River about 25 miles west of Mandalay. He led the assault in a light rubber boat which was paddled by hand in an attempt to achieve complete surprise, but as they reached the bank they came under heavy machine gun fire from the Japanese.

Despite the casualties around him, Graham brought the craft through the fire without wavering and as soon as it grounded he led his company in an assault up the steep 50 ft high bank. They established a solid bridgehead on the south bank and held it until they were reinforced.

Other landings, however, did not succeed and Graham was ordered to deploy half a mile to the west where the battalion’s flank was dangerously exposed. Moving by night through elephant grass 15 ft high, he set up a new position and held it despite the enemy’s determined efforts to surround him and dislodge him. For his “magnificent contempt of danger and superb handling of a critical situation” he was awarded a Bar to his MC.

William Gordon Graham was born in Glasgow on July 17 1920 and educated at Hutcheson’s Grammar School, Glasgow, and Glasgow University, where he read Law. He was commissioned into the QOCH in 1941 and served with the 1st Battalion in India and Burma.

In the fighting around Kohima in May and June 1944, he carried out long and hazardous patrols deep into enemy occupied territory. The citation for the award of his first MC paid tribute to the magnificent example that he set by his courage, initiative and inspiring leadership.

Towards the end of the war he became a press relations officer on the staff of General Auchinleck and wrote feature stories, news dispatches and book reviews as well as working unpaid for the Times of India. In 1946, he was demobilised, but London held few attractions for him and he returned to India and worked as a freelance newspaper correspondent in Bombay.

In 1949, he augmented his income as a journalist with part-time work for the McGraw-Hill Book Company. It was a job which enabled him to meet and interview the country’s leading statesmen and his responsibilities were gradually extended to Pakistan, Ceylon, Burma and the rest of south-east Asia.

Late in 1955, he was offered the job of international sales manager of the McGraw Hill Book Company and moved to New York. In 1963, he was made managing director of McGraw-Hill for the UK, Europe, the Middle East and Africa. In Graham’s own words, this was “a task, in those days, akin to setting up a Japanese watch factory in Switzerland”.

He worked for International Publishing Corporation from 1975 to 1982 and was then headhunted by Reed International. He was appointed chief executive of Butterworths, the legal publishers, and transformed a rather uninspiring company into one of the jewels in Reed’s crown.

In 1986, Graham was elected president of the Publishers’ Association. He dedicated himself to improving relations with booksellers and librarians, and strenuously supported and upheld the rights of authors and publishers in the negotiations which led to the Copyright Act of 1988.

In retirement, he and his wife founded the academic journal, Logos, devoted to matters of publishing and book-selling. He was also the guiding spirit behind the creation of the Kohima Educational Trust, founded by veterans of the Battle of Kohima, in gratitude to the Naga people of north-east India who had supported the Allies during the battles with the Japanese in 1944.

Throughout his career in the book world, Graham was an innovator, an inspirational manager who used charm and leadership to achieve his aims, and a talented wordsmith, both in his writing and in his public speaking.

Among his many interests he listed writing, landscape gardening, fostering transatlantic understanding and singing sentimental songs. He published books, essays and articles. These included As I was Saying (1994), Butterworths: History of a Publishing House (1997) and The Trees are all Young on Garrison Hill (2005).

Gordon Graham married, first, in 1943, Margaret Milne and, secondly, in 1948, Friedel Gramm; both predeceased him. In 1992 he married, thirdly, Betty Cottrell, who survives him with a daughter of his first marriage and one of his second. 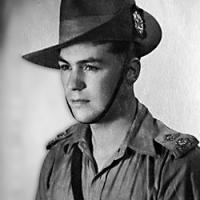 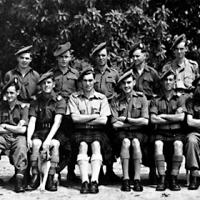